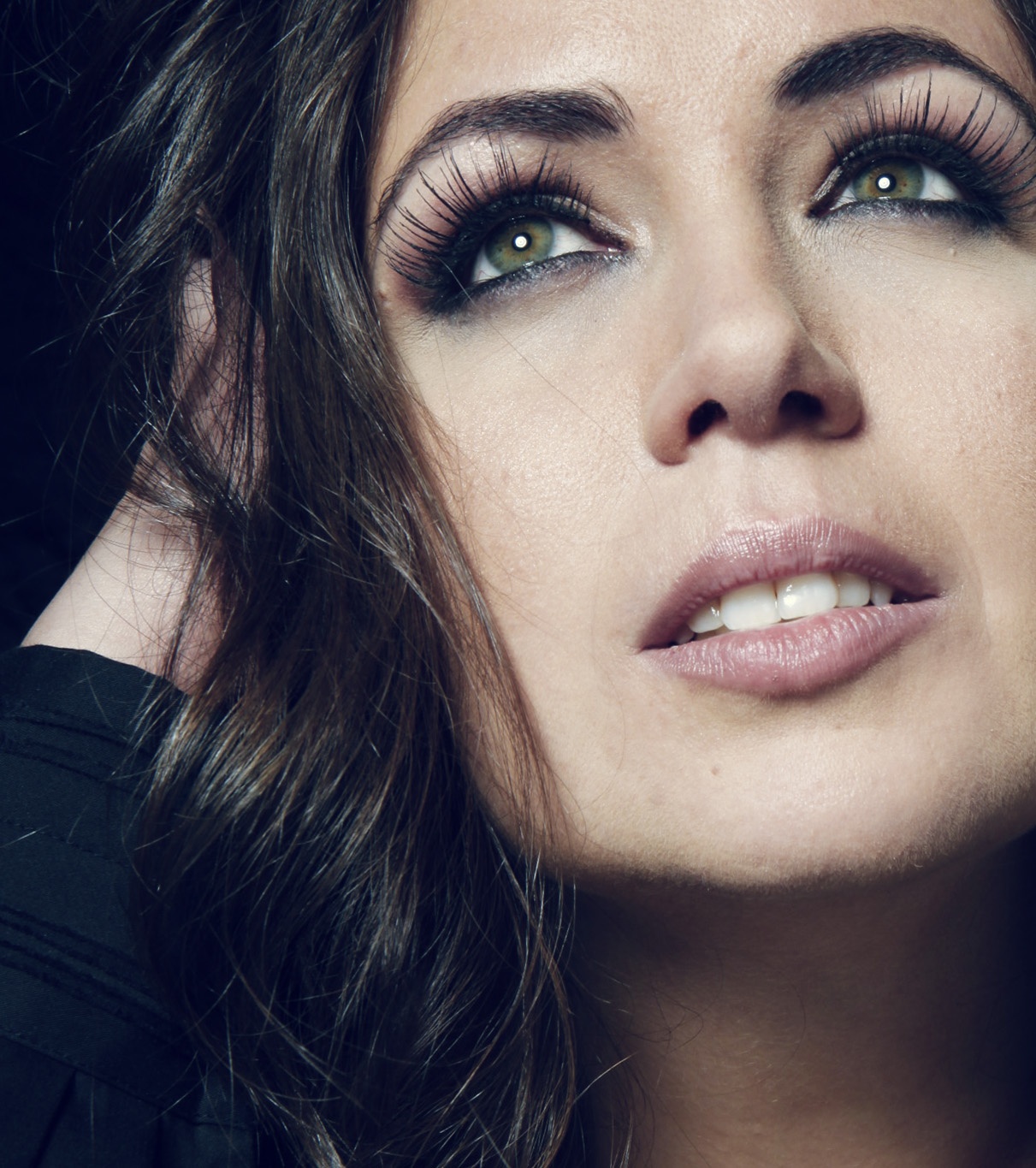 JOANA AMENDOEIRA is one of the most relevant voices of the so-called “new generation of Fado”. True to its more traditional roots, Fado in the voice of Joana Amendoeira gains a new life and attitude.

Joana Amendoeira was born in 1982, in Santarém and, from an early age, felt a strong call to sing Fado. At the age of 13, she participated in the “Grande Noite do Fado do Porto” where she won the first prize for youth female interpretation. Since then, he has regularly participated in shows all over the country.

It is in 1998, when she debuts on an international stage (Budapest), that Joana Amendoeira records her first album – “Olhos Garotos” – and becomes the youngest fadista with recorded albums.

“Aquela Rua”, released in 2000, is her second album, but it will be with the album “Joana Amendoeira” (in 2003) that the singer reaches the recognition of the artistic community, the critics and the public.

This year, Joana goes on tour in various countries such as the Netherlands, Spain, France and Austria, and is also chosen to perform live at various International Music Fairs, such as Mercat Musica Viva de Vic (Spain) or Strickly Mundial (Canada). Also in 2003, she is invited to participate in the Carlos do Carmo tribute album, “Novo Homem na Cidade”, along with some of the greatest national and international interpreters: Camané, Sara Tavares, Mariza, Martinho da Vila, Tito Paris, among others.

The following year reserves the award of the Revelation Prize of the House of the Press and, after a great concert in one of the most emblematic venues in the country, the São Luiz Municipal Theater, Joana Amendoeira publishes her first live album: “Ao vivo em Lisboa “(2005).

Produced by Custódio Castelo, the album “À Flor da Pele” (2006) had a worldwide edition by the label Le Chant du Monde / Harmonia Mundi. They toured Europe, from the Concertgebouw in Amsterdam to the Royal Opera House (London), the Teatrum Millenáris Park (Budapest) or the Queen Elizabeth Hall (London).

In Portugal, she participates in one of the most remarkable concerts of her career, with Orquestra do Algarve, where the idea of ​​joining her voice and the quartet of musicians that accompanies her to an ensemble is born. In 2008, he performed with this lineup at the Festa do Fado (Castelo de São Jorge) and from here comes her sixth album and DVD “Joana Amendoeira & Mar Ensemble”, recorded live, which is distinguished the following year with the award for Best Fado album, by the Amália Rodrigues Foundation.

“Sétimo Fado”, her seventh album, combines traditional fado with new compositions, accordion, piano, percussion and cello arrangements. Joana presented it with great success at the Porto Coliseum, the CCB Grand Auditorium and in various rooms around the world.

Over the years, Joana Amendoeira has been a frequent presence in some of the main Fado Houses in Lisbon. This is where she shares the teachings of the oldest fadistas and great musician masters. Everyone recognizes her special voice, posture, talent. It is in this context that, in 2012, she records “Amor mais perfeito – Tributo a José Fontes Rocha”, an album entirely dedicated to her master, one of the great composers and musicians of Portuguese guitar.

Her most recent album, “Muito Depois”, recorded in 2016, features very special guests such as Paulo de Carvalho, Pedro Jóia and Filipe Raposo. Tiago Torres da Silva signs the direction and production of this original album, as well as most of the lyrics.

In October 2017 begins the participation in the Tribute show “Cantar Amália”, at the Olympia in Paris. This special project has been performed at grand stages across the country and across frontiers as in Canada, France and Luxembourg

It is also in 2017, in December, that the concert of the Tour which gave the name “Tudo Muda” debuts – a concert made of change. “P´ra mudar o rumo à vida”, one of the songs of the album “Muito Depois” is the anchor of this concert that transports Joana’s voice to many new places, to “songs of the world music”, without ever forgetting her past and the root of Fado. With this tour Joana travels to various countries such as Bulgaria, Brazil, Argentina, Switzerland, Spain and Hungary.

In 2018 presented the tribute concert to Ary dos Santos – “Os Fados do Ary”. With all the gratitude for his art and the enormous influence of his poetry, particularly with the posthumous book “As palavras das Cantigas”, Joana Amendoeira dedicates this special project to the memory of the fadista soul who always lived in that perpetual name of Portuguese poetry, selecting the fados that most marked his writing, immortalized by other major artists that are Joana’s main references, especially Amália Rodrigues and Carlos do Carmo. Traveled with this concert from north to south of the country, singing Ary on stages and Festivals as emblematic as “Festa do Avante”.

After the success of the concert – “Tudo Muda” – where Joana experienced to sing South American, Neapolitan, French songs and so stimulating was that challenge that clearly emerged winning that decided that her next album would follow the route of miscegenation. It was when Joana realized that she was equidistant from Tiago Torres da Silva – the most Brazilian Portuguese lyricist – and Fred Martins – the most Portuguese Brazilian composer and invited them to embark on this adventure of searching for this place in the middle of the Atlantic where cultures and hearts meet.
Joana invited Pedro Amendoeira on Portuguese guitar, João Filipe on Fado guitar and Carlos Menezes on double bass, Ruca Rebordão on percussion and Nilson Dourado on country guitar, clarinet and cavaquinho, as well as Fred Martins guitar to discover a sound that translated the poetic and musical language of the meeting of these two countries, Fred and Tiago and her voice with all of them, mixing latitudes, sounds, words and voices. It also has a very special participation of the Brazilian singer Mart’nália and Fred Martins in two of the songs.
This tenth album of Joana Amendoeira career is called “Na volta da maré” as Joana’s voice is the tide that gives back the words and melodies created by the lyricist and composer. The 12-song album was recorded at Atlântico Blue Studios, in November 2019 and is expected to be release in April 2020.

Joana Amendoeira is proud to defend the most traditional essence of Fado, without deviating from her own artistic expression.